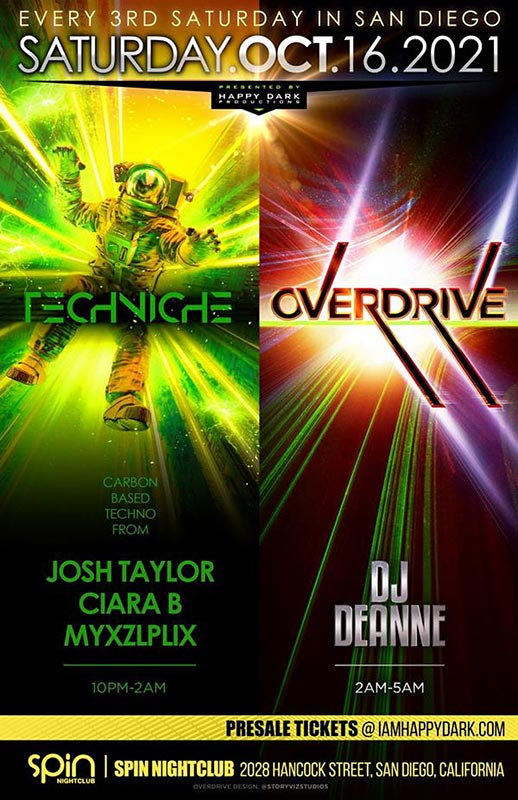 OVERDRIVE is thrilled to feature the San Diego debut of DJ Deanne, a force to be reckoned with and a bright, shining star in our scene! After nearly two decades of pleasing enthusiastic clubbers, Deanne (2AM – 5AM) is more passionate than ever about bringing the party to life and her music to the masses. Her continual evolution of sound provides infectious rhythms to intimate, sexy spaces or big, booming rooms and expansive stages through her signature combinations of big beats, strong synths, dramatic arrangements and a soulful sprinkling of vocals. Tribal, Tech, House, and Progressive House beats and rhythms are combined to take her listeners on a unique journey that is marked with emotion, sensuality, undeniable energy, and a palpable “dance floor drama”.

As a Producer and # 1 Billboard Remixer, Deanne is also making music to move the masses. With recent releases on record labels like Pump Records, Hammer Music, Big Mouth Music, Gonna Be Records, Radikal and more, Billboard Dance Chart topping remixes and support from colleagues and tastemakers, Deanne’s unique sound is pumping through venues and parties all over the world.

This month, Techniche (10PM – 2AM) features Josh Taylor, Ciara B & Myxzlplix. Techniche has remained steadfast in establishing itself as a significant vehicle for quality tech house, techno & the “darker side” of house music, which is currently ruling the local dance scene. Arrive early and hear what all the buzz is about!

☆ Debut of Miami mixtress DJ Deanne, a force to be reckoned with in our scene! 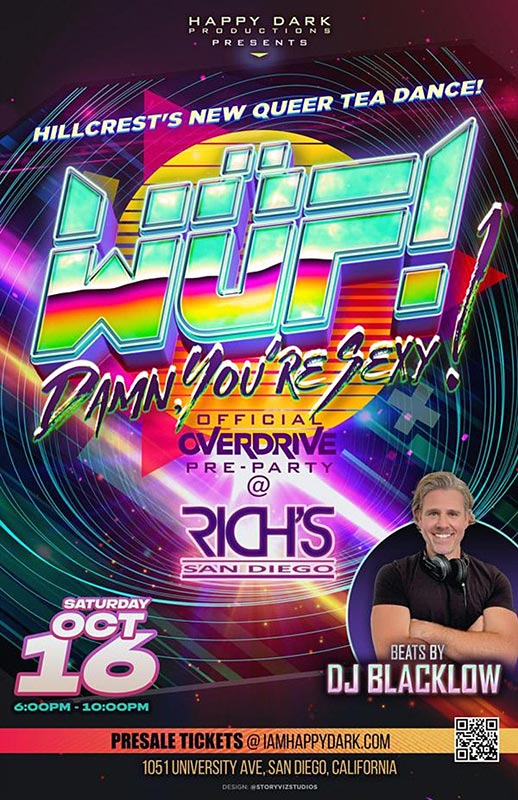 Hillcrest’s newest queer tea dance is an OVERDRIVE pre-party at Rich’s San Diego with the hottest LGBT DJ’s on the scene!

Don’t miss the return of Hillcrest’s new queer tea dance! Join us at Rich’s from 6-10pm before OVERDRIVE for the official pre-party with a special 4-hour set by DJ Blacklow with his high-energy mix of progressive house, classic house, tech house, and tribal house and a trademark of soaring vocals throughout, along with our sexy WÜF! dancers and drink specials!